"The Royal Porcelain Factory in Berlin (German: Königliche Porzellan-Manufaktur Berlin, abbreviated as KPM), also known as the Royal Porcelain Manufactory Berlin and whose products are generally called Berlin porcelain, was founded in 1763 by King Frederick II of Prussia (known as Frederick the Great). Its actual origins, however, lie in three private enterprises which, under crown patronage, were trying to establish the production of "white gold" (i.e. porcelain) in Berlin from the mid-18th century onwards.

The company logo is a cobalt blue sceptre, which is stamped (painted prior to 1837) on every piece. All painted pieces produced by KPM are signed by the painter. KPM is still producing to this day; each piece of dishware and decorative porcelain is entirely unique." - (en.wikipedia.org 24.03.2020) 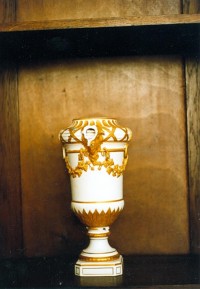 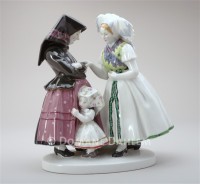 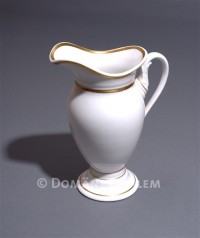 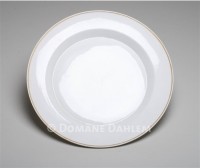 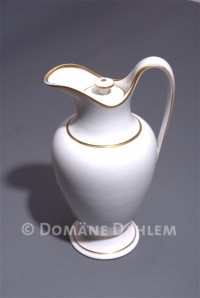