"A general officer is an officer of high rank in the army, and in some nations´ air forces or marines.[a]

The term general is used in two ways: as the generic title for all grades of general officer and as a specific rank. It originates in the 16th century, as a shortening of captain general, which rank was taken from Middle French capitaine général.The adjective general had been affixed to officer designations since the late medieval period to indicate relative superiority or an extended jurisdiction.

Today, the title of general is known in some countries as a four-star rank. However, different countries use different systems of stars or other insignia for senior ranks. It has a NATO code of OF-9 and is the highest rank currently in use in a number of armies, air forces and marine organizations.Cite error: There are <ref group=lower-alpha> tags or {{efn}} templates on this page, but the references will not show without a {{reflist|group=lower-alpha}} template or {{notelist}} template (see the help page)." - (en.wikipedia.org 03.11.2019) 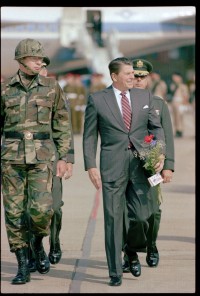